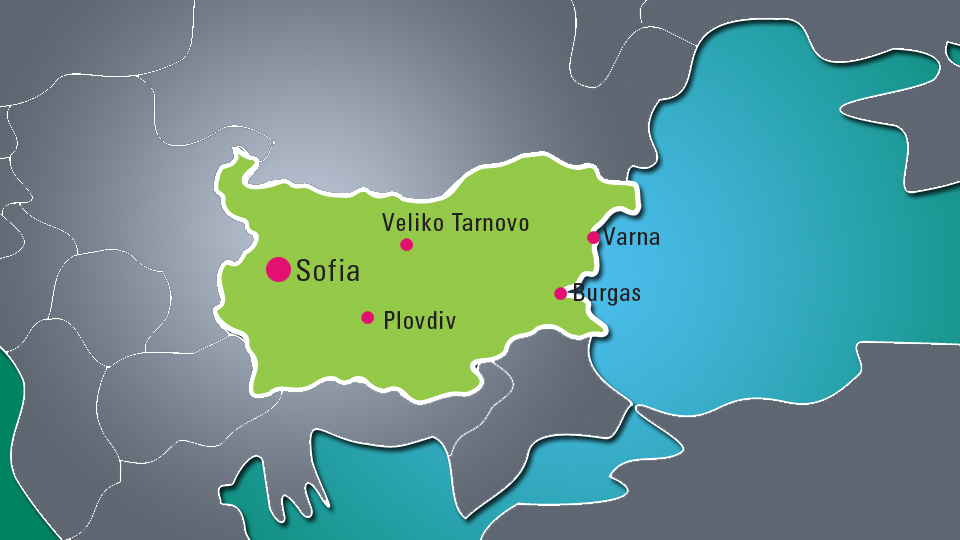 Here are brief introductions to some of the more significant Bulgarian cities:

Sofia is the capital of Bulgaria and its largest city, with a population of over two million people. Since the fall of communism it has grown more important than ever. Over 40% of the Bulgarian GNP is generated in Sofia, and people regularly flock there in search of work. The city center is built upon the ruins of Roman Serdika, a walled city of the early Christian era, and many remains have been excavated during recent construction projects. The city boasts fine museums and all of the social, cultural, and educational opportunities of a European capital.

Plovdiv is ancient Philipopolis, the city of Philip of Macedon. It has been a significant center of culture, commerce and agriculture for millennia. Today it is home to the Plovdiv Fair, an exposition center which hosts the most important international exhibitions in Bulgaria each year. Old Town Plovdiv is an historical, cultural and architectural treasure. Plovdiv was recently selected as a European Capital of Culture for 2019, which is bound to raise its international profile and stimulate additional development of its many assets.

Blagoevgrad is a relatively small Bulgarian city with outsized importance due to the American University located there. AUBG offers an English language university education to over 1200 students from countries around the world. The university presence makes Blagoevgrad an attractive location for business and investment, so the economic situation is better than average for Bulgaria. Ironically, the city is named for Dimitar Blagoev, the founder of the Bulgarian Communist Party. The old town preserves many fine examples of 19th century Bulgarian architecture.

Veliko Tarnovo is an important historical city and a modern crossroads in north central Bulgaria. It was the capital of the second Bulgarian Kingdom, considered the “golden age” of Bulgarian culture. Set in a dramatic gorge, the medieval fortress dominates the skyline. The city has many historical and cultural landmarks, especially related to the Bulgarian Orthodox Church. A fine museum in the center celebrates the 19th century Bulgarian fight for freedom and their first constitution. Veliko Tarnovo is deceptively rich for its size and worthy of extra time to explore the many facets of its history and culture.

Varna is the second largest city in Bulgaria and the most important gateway to its Black Sea resorts. It has a long and varied history as a commercial center, with archaeological excavations uncovering important remains dated as far back as 14,000 BCE. The Roman baths are one of the largest and best preserved in the Balkans, and the city history museum has many excellent displays. The Seaside garden and municipal beach make for a lively city center throughout the summer months. The Golden Rose film festival is an important cultural event held in September each year.

Burgas is the most important industrial, commercial and tourism center on the southern Bulgarian Black Sea coast. It is the largest Bulgarian port and gateway to its southern Black Sea resorts. Its proximity to the Sunny Beach resort makes it a magnet for singles holidays, while nearby Nessebar and Sozopol attract tourists interested in Bulgarian culture and history. Burgas is the center of the Bulgarian fishing industry and home to Lukoil Neftochim, the largest oil refinery in Southeast Europe. The Spirit of Burgas festival is a major event held each August. Sandfest Burgas, an international celebration of sand sculptures, has become an important fixture of the summer season.